The “Pedagogy for the Third Millennium” Method (PTM), conceived by da Patrizio Paoletti and by a team of professionals specializing in different disciplines, aims at elaborating and selecting ideas and tools in order to encourage the development of human potential.

Today, the PTM is a pedagogical system, the incisiveness of which is supported by the results of the psychological research carried out in collaboration with the University of Padua, the neuro-scientific research performed with the Bar Ilan and the La Sapienza Universities in Rome, carried out on the different applications of this method, in particular relating to the in-class training of teachers, educators and parents coming from different social and cultural backgrounds.

The meeting with PTM aims to increase the relational, planning and operational skills in social intervention contexts, working in particular with the staff in order to learn: 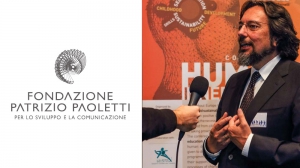 L’Albero della Vita was created in 1997. Its charter members aimed at creating an organisation able to implement effective actions to protect children and safeguard as well as promote their rights to grow up in a safe and suitable environment.

is the Patrizio Paoletti Foundation.The Paoletti Foundation was born in Assisi at the dawn of the Third Millennium, by the will of Patrizio Paoletti. Sensitive to education and development issues, he brings together a group of pedagogists, psychologists, sociologists, but also managers and entrepreneurs sensitive to the idea of ​​education as a communicative act. Active in the fields of research, education and teaching, the Foundation promotes social welfare and children’s rights.

ForPedagogy for the Third Millenniumthe role of education is to support the natural desire to learn, owned by every child and every man. The first task of the educator is therefore to express the desire to know and to this end is supported through the creation of the ideas-instrument of Observation, Mediation, Translation and Standardization according to the PTM method.

Participatory approch
It means stimulating as much as possible and recognizing the initiative of people as best expert of their needs, abilities, aspirations, prerogatives. The approach aims to ease the deeper knowledge of the potential that each person has within himself and that subjects can express through a first moment of listening and a second moment of recognition of the spaces of expression.

In its daily work Albero della Vita Foundation refers to the International Convention on the Rights of the Child and Adolescence (CRC), promoting in every interventionthe rights and opportunities of children and adolescents. Working with this approach means putting the child in the center and on the other hand means listening to him, recognizing him as a subject capable of having and expressing opinions, participating in decision-making processes and influencing decision-making.

Qualitative approch
A measurable aspect that tells how projects have favored processes more qualitative, more efficient, more responsive, more able to respond to people needs. Albero della Vita is interested in making sure that its work reaches the maximum possible result, with the best processes that can be put in place, using effective tools and evaluation tools that help to actually see the impact of its work.

It means giving always the utmost attention and priority at knowing phenomenalinked to children and adolescent’s problems, it means toanticipate those phenomena and focus on prevention as a characteristic of the educational intervention by educating to behaviors’ awareness, by working on the empowerment of children and families. In other words, it means acting in order to improve the future of these children in a structural way and not just here and now.

To focus on the subjects, we address our social interventions, referring to the systems the individual moves, thus trying not to look at it untied from its daily context, but considering its system of relationships in the most integrated and broad possible sense: the family first, but also the scholastic, work, political and neighborhood environment in which he lives.

Restarting from the territories, from the places of need, in order to place the child, the boy, the family and generally the beneficiary at the center, considering him not only the bearer of specific problems but also a resourceand therefore involving him directly as an agent of change for himself and for theterritorial contexthe belongs to.

Interculture seen as an exchange of identity, culture and people, where differences and similarities can be put together with the aim to reach the best result for everyone. An approch based on concepts comparison, on thoughts, values and where child is placed at the center in his thoroughness regardless hid place of origin and his culture.

Search on this site